IHA Dressage Clinic with 'Raul A. de Leon
<< Back to Listing 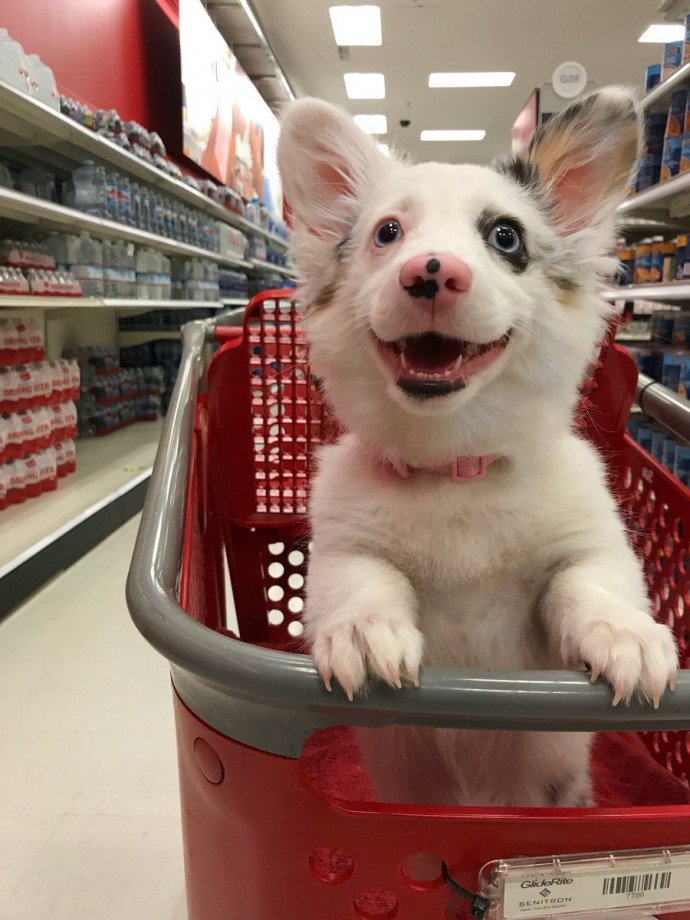 It looks like Bullseye, Target’s dog mascot, has been sent to the backstage when Zira, a four-month-old Corgi-Aussie mix, took over the limelight. Just recently, Twitter user @virgoprincxss, Zira’s human mom, tweeted purely ecstatic pictures of her dog during a trip to Target. Zira was so hyped just like Target was for some reason one of her favorite places. This overjoyed doggo has been spreading good vibes all over the Twitter universe, thus making the post-viral with 545k likes and 144k retweets. Check out Zira’s post below let this happy shopper’s delightful expression remind you to appreciate the little good things in life.

Even if Zira’s photos are adorable, we want to remind our readers that Target is not a pet-friendly store, and they only accept service animals. Zira’s mom had no idea about it when she took the photos, and after being informed about the store’s policy by a Twitter user, she apologized on her blog.

Just look at that face of pure joy. She is definitely a happy shopper, just like most of us