Thirsty Koala Runs Out Onto Road to Beg Passing Cyclist for a Drink of Water, and the Video Goes Viral

IHA Jack Benny
<< Back to Listing 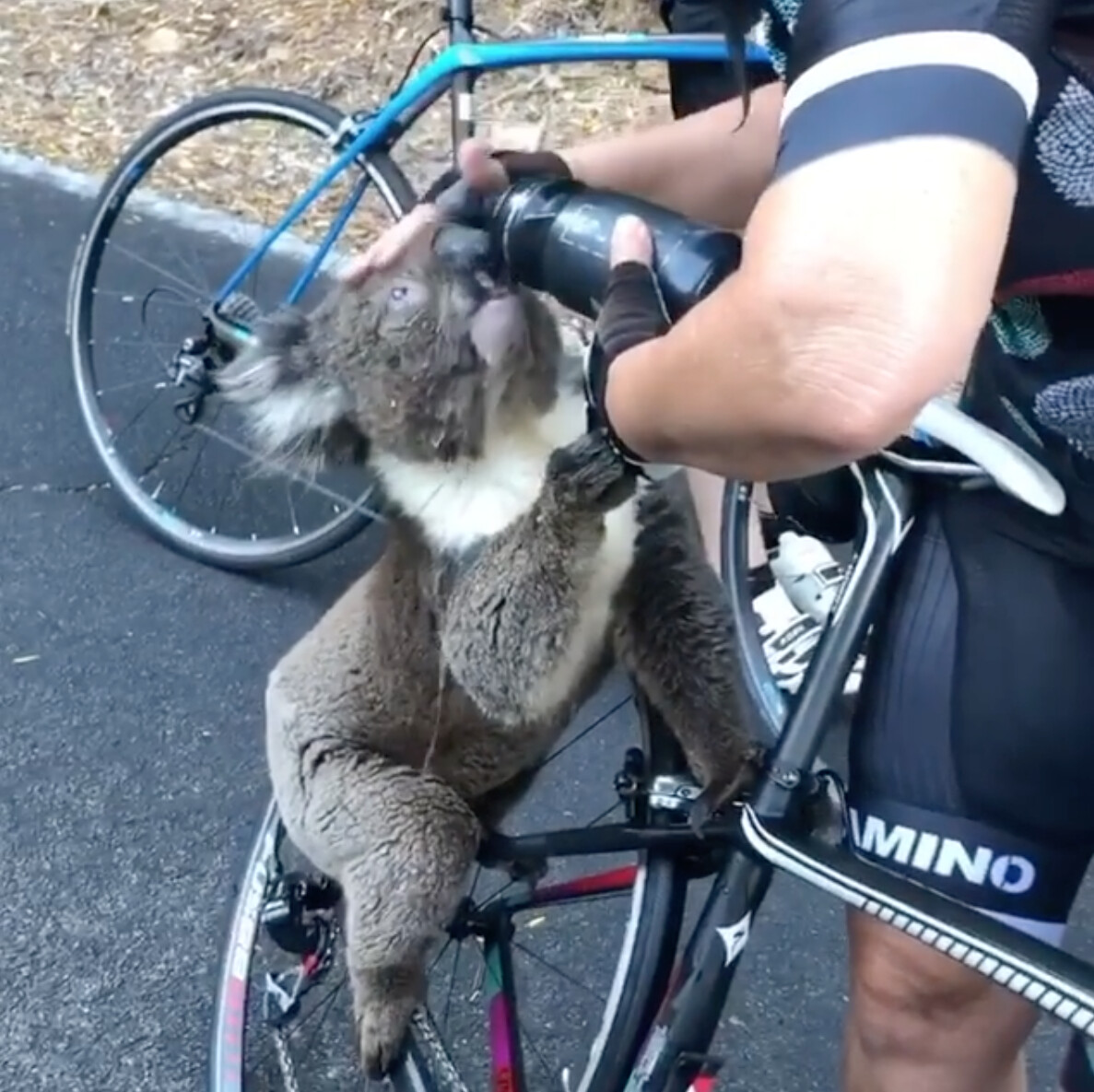 Thirsty Koala Runs Out Onto Road to Beg Passing Cyclist for a Drink of Water, and the Video Goes Viral

For cyclist Anna Heusler, who lives in Adelaide in South Australia, her passion for the riding regularly takes her out in the countryside, where wildfires have devastated the habitat and wildlife such as koalas, kangaroos, and other vulnerable species.

In December 2019, the cyclist had a surprise encounter with a very thirsty koala that stopped her in the middle of road, begging for a drink, and Heusler began recording. She later posted the video of the koala gulping up all the water she and fellow cyclists had on Instagram. The video soon went viral.

It was a scorching day for a bike ride, with temperatures of 42° C (108° F). When Heusler and the dozen or so cyclists in her group saw a koala venturing out on the road, their first reaction was to try to get it back into the forest. “We stopped the bikes to help the koala get off the road otherwise they get hit by cars,” she told CNN. The cyclist was also surprised because the koalas tend to keep their distance from people.

“[T]he koala walked up to me very quickly, he was obviously very thirsty,” she said. “As I was giving him a drink from our water bottles, he climbed up into my bike.”