IHA Gymkhana Show Series 3 of 3
<< Back to Listing 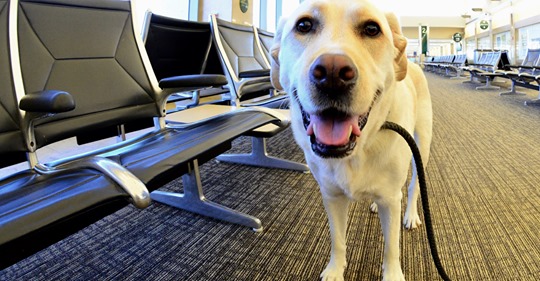 When a service dog approaches you and it’s alone, it might be asking urgently for help

Most people are aware of some rules regarding service dogs: don’t approach or pet a service dog who is on the job, and be aware that service dogs are allowed to be in places that other dogs aren’t — like grocery stores. However, as a recent viral Twitter post revealed this week, most people don’t know what to do when dog with a service vest or harness approaches you — and there’s no one on the other end of its leash.

The “Service Dog PSA” opens with the story of a woman who tripped and fell while with her service dog. The dog, who was trained to get an adult if she has a seizure, tried to get the attention of a nearby woman, who “was swatting him and telling him to go away.”

Little did the woman know that she was ignoring a sign that there may be a nearby emergency.

“If a service dog without a person approaches you, it means the person is down and in need of help,” the post continues. “Don’t get scared, don’t get annoyed, follow the dog!”