IHA Beach Ride
<< Back to Listing 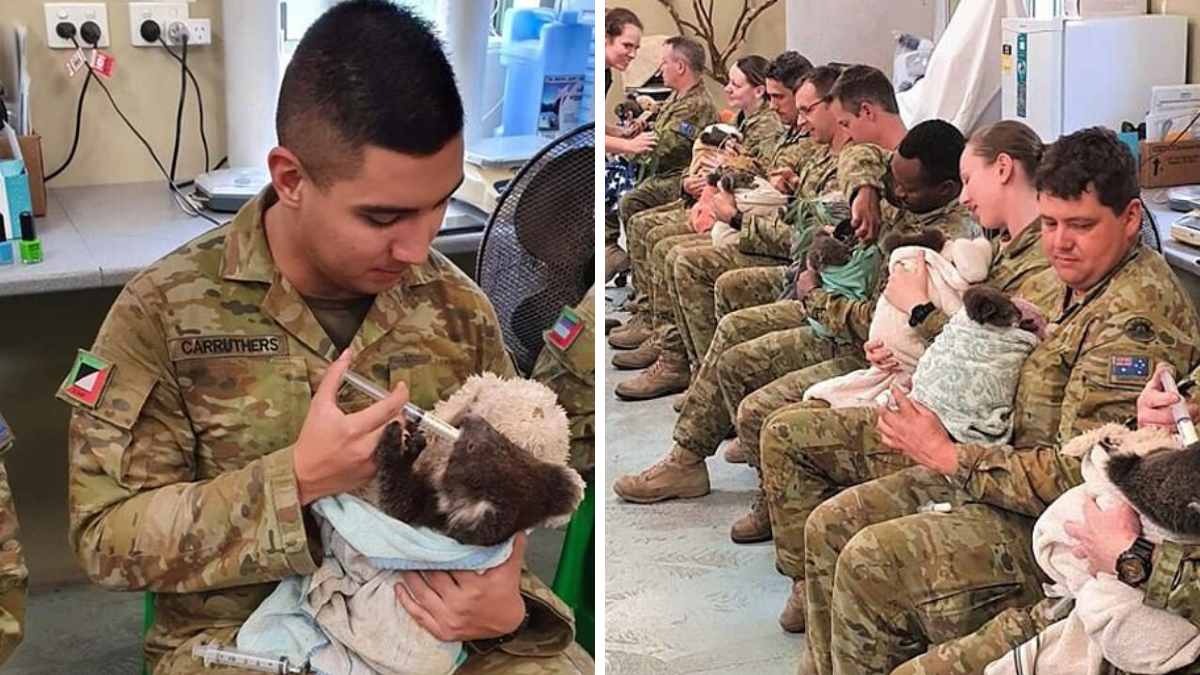 Last Friday, these soldiers, both men and women, from the South Australian and Tasmanian 16 Regiment Emergency Support Force visited the Cleland Wildlife Park in South Australia.

They went to the Cleland Wildlife Park so they can take care of the rescued koalas by feeding them the required nutrition using syringes.

The heartwarming photos show the severity of the bushfire crisis where the koalas were classified as endangered after many of them losing their natural habitat.

The Australian bushfires were the most terrible way to end the last decade and start this one, with more than a billion animals were dead. Some of these animals were found dead in the most horrific ways.

However, those who have been rescued may have had injuries from this really cruel event.

Luckily, there were many animals who were rescued. This is a story of a group of soldiers who risked their lives fighting the Australian bushfire but didn’t just stop there.

They did a heart-warming action for a group of koalas.